The following candidates are on the ballot for positions on the student senate executive board. Voting will begin at 8 a.m. on March 31 on the MyDrake student portal and close at 8 p.m. on April 1. A candidate forum will take place at 7 p.m. on March 30 in Sussman Theatre.

Read this article to learn about the three candidates on the ballot for Vice President of Student Organizations. 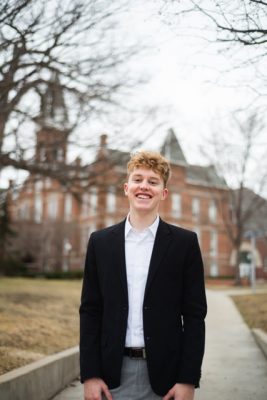 Junior Connor Oetzmann is running unopposed for Student Body President after one candidate dropped out and another decided to run for Vice President of Student Organizations.

As Student Body President, Oetzmann’s responsibilities would include acting as chair of the student senate and spokesperson of the student body. Additionally, the president selects cabinet members who sit on the President’s Council and, in coordination with the Vice President of Student Life, the senate ex-officio members. Student Body Presidents are also required to hold at least 13 office hours per week during which students can voice their concerns and comments.

Oetzmann’s platform centers on increasing the student senate’s transparency, representation and accountability. He plans to create a legislative form showing the voting records of each senator and increase student senate attendance at and support of campus cultural organizations.

“I think there’s a lot of work that we have to do on campus in terms of supporting Black students as well as other students of color and marginalized communities, so making sure that those voices are heard around the table is really important to me,” Oetzmann said.

He also hopes to help the student body transition smoothly into the blended advising model that will be implemented next year and promote the concept of ‘Drake balance,’ in which students feel part of the Drake community but don’t overwhelm themselves.

Oetzmann previously served as a First Year Senator, then Health and Safety Senator. He currently serves as Vice President of Student Life. In addition to working closely with current President Morgan Coleman, Oetzmann’s VPSL duties include creating the Student Senate agendas and running the social media.

“I’ve been fortunate enough to not only gain this friend, Morgan Coleman, but also just having her influence,” Oetzmann said. “She’s always been someone that I’ve looked up to, so I feel like seeing her in her element and doing her work has really helped me prepare for the role.” 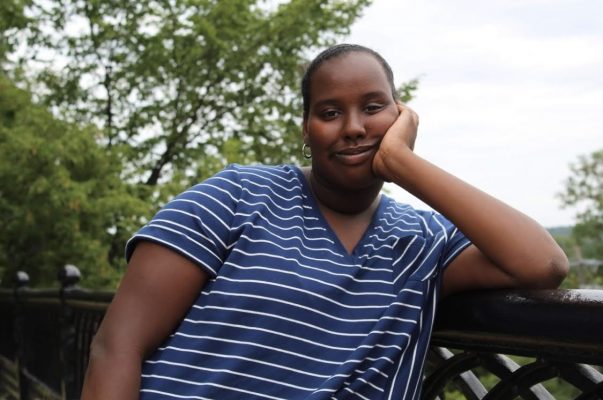 Second-year Ruwayda Egal is running unopposed for Vice President of Student Life after her competitor dropped out of the race.

The VPSL is responsible for organizing all standing committees of the student senate and assisting senators and ex-officio members. Among other tasks, the VPSL is responsible for managing referendums from the student body, referring matters to the Elected Assembly for discussion and taking the president’s place if they leave office. The VPSL must hold at least 10 office hours each week.

“And a third thing, I just want transparency and accessibility,” Egal said. “I think a lot of times, first-years and second-years especially, because we were COVID kids, don’t really know what student senate is, where it’s happening, why they should be interested in student senate and the power student senate has.”

Egal also said she may create a plan for senators who miss three Elected Assembly meetings to receive a censure.

Egal currently serves as Equity and Inclusion Senator and therefore the co-president of UNITY Roundtable. She said this has involved allocating funds to member organizations and fixing up the organizations’ houses. She was previously a Unity Representative for the African & Caribbean Student Association and a spirit co-chair for the Student Activities Board.

“I’ve been able to… really understand people’s working skills and understand that not everyone works like me, but [that] doesn’t mean you can’t have a great organization,” Egal said.

Junior Kylie Ellis is running unopposed for Vice President of Student Activities after her competitor dropped out of the race. The VPSA is responsible for running the Student Activities Board and must hold at least 10 office hours each week.

Ellis said she would like to send out a monthly survey to the student body to learn what events students want SAB to plan. She also intends to maintain a current policy that allows anyone to attend and speak at SAB meetings.

“But then, outside of that, I also want to try to do what would essentially be an event planning panel put on by the SAB board where it’s mostly targeted to organizations but also just the student body in general to come ask us questions about how we plan events, how we market them and what we do to make our events successful,” Ellis said. “I feel like we’ve gotten a lot of experience of how to do that.”

Ellis said she would like to bring back SAB’s Saturday Showcases on a monthly basis, which would feature other student organizations. She discussed using the power of SAB’s budget and platform to benefit other organizations.

“I think [collaborations are] a really good way especially because with the student activity fee, SAB gets a large portion of that, and that’s something that the entire student body pays for,” Ellis said. “So, helping reallocate those funds to go into meaningful collaborations with the other organizations on campus so that everyone is benefiting from that funding and not just us.”

For her platform point of inclusion, Ellis said she would like to continue working on creating and promoting more diversity, equity and inclusion (DEI) events. She also wants to hold a campus forum for students to talk about issues on campus.

Ellis currently serves as SAB public relations chair and has previously served as Free Movie Friday chair. She said that talking with the SAB vice presidents of marketing and programming has helped her understand what they need from the SAB president. 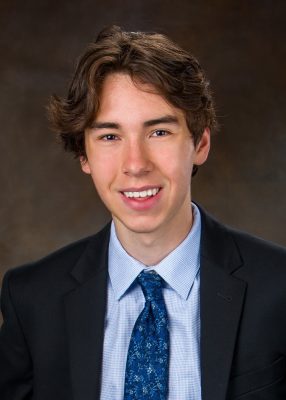 Sophomore Daniel Krey is running unopposed for Student Body Treasurer after his  competitor dropped out of the race.

The Student Body Treasurer’s duties include overseeing the budgets of annually-funded student organizations and ensuring that the Student Activity Fee paid by students will meet their needs. The treasurer also represents students on the Stewardship Committee of the Drake Board of Trustees and chairs the Student Fees Allocation Council (SFAC), which makes recommendations to the student senate about groups seeking funding. The treasurer will hold eight office hours a week.

One of Krey’s goals is to patiently develop a team of SFAC members. Krey said he thinks he will be the only returning member of that council.

Krey said he wants to be transparent on the process to request funds. He also wants to send “detailed follow-ups” to clubs about why their funding request succeeded or failed.

“So if they did not receive funds the next time, they can continue to make improvements that would give them funds,” Krey said.

Krey said he would also continue a current initiative to educate students about personal finance. He wants to bring in speakers and poll students to determine what topics should be covered.

“I do think it’d be important to try to increase financial literacy among all Drake students, and not just trying to keep that within the business school,” Krey said.

Krey grew up learning about the finances of his family’s real estate business. He also has experience working at the real estate agency SVN Create, where he has built budgets and found areas of improvement for properties. On the finance committee of Sigma Phi Epsilon, he said members felt comfortable paying their dues because he helped them see where the money was being spent.