Buccaneers come off of superbowl win 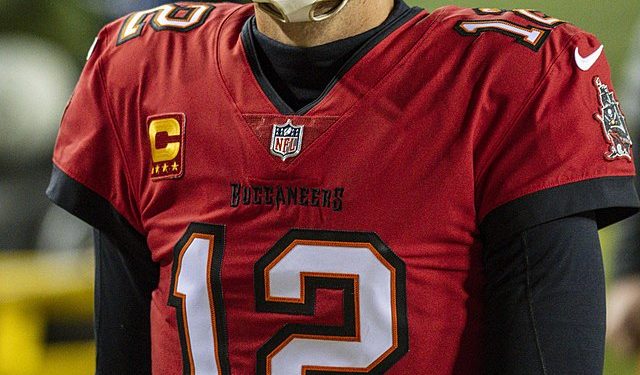 One of the most difficult feats for any NFL franchise is winning a Super Bowl, not to mention trying to have a successful repeat season. Despite several teams attending two consecutive Super Bowls, few teams have been able to obtain a win in both. This year seems to offer the best chances of a repeat occurring, with the Super-Bowl-winning Tampa Bay Buccaneers bringing back all 22 Super Bowl starters in the offseason. The idea of repeating still stands as a daunting task, no matter the Buccaneers’ offensive success.

In week one, the Tampa Bay Buccaneers were a mixed bag. They won the game, but by only two points. They flew up and down the field offensively, but turned the ball over four times. They picked off Dallas Cowboys quarterback Dak Prescott, got key defensive stops late in the game, but still let up 29 points and over 400 passing yards.

This seemed to be the story of week one, as the Buccaneers opened the season with an ugly win. One more prominent takeaway from this game was that it showcased just how dominant the Buccaneers can be when they are at their best. The Buccaneers won this game whilst allowing 400 passing yards and turning the ball over four times. When a team does that, it shows that even at their worst they can defeat a tough opponent such as Dallas.

Along with this, the 44-year-old Buccaneers quarterback Tom Brady showed no signs of regression, throwing for over 350 yards and four touchdowns. Take away a dropped deep shot and goal-line fumble by wide receiver Chris Godwin, and Brady would have hit the 400-five yard-touchdown marker.

When reviewing the pure game film, one quickly realizes that the Buccaneers were a handful of simple mistakes away from a 20+ point lead at multiple points in the game. While the Cowboys offense played extremely well under the circumstances, it is fair to say that this game was only as close as it was due to the Buccaneers’ self-inflicted mistakes, rather than the Cowboys’ overall performance.

The Buccaneers cleaned up the offensive mistakes this past Sunday in their 48-25 win over the Atlanta Falcons with only a single turnover, a fumble and no interceptions. Brady led the offense driving up and down the field coupled with an unrelenting late defensive performance, resulting in an easy win for the Buccaneers.

The best of the Buccaneers’ defense came late in the game when safety Mike Edwards hauled in two consecutive pick-sixes, pushing the Buccaneers’ lead to an insurmountable height. Outside of this late streak, the Buccaneers’ front seven dominated the Falcons’ offensive line for much of the game, forcing Atlanta quarterback Matt Ryan to throw several inaccurate passes, three of which turned into interceptions by the time the game clock read 0:00.

While two early games do not often make or break a Super Bowl team, they can give a good outlook on whether a Super Bowl winning team has retained the magic that won them a Lombardi the year before. The Buccaneers have, no doubt, shown that their magic remains, exceeding expectations on the offensive side of the ball and starting their regular season 2-0.