Gender does not matter in combat

O’Hea is a first-year law, politics and society and journalism
major and can be reached at
olivia.ohea@drake.edu 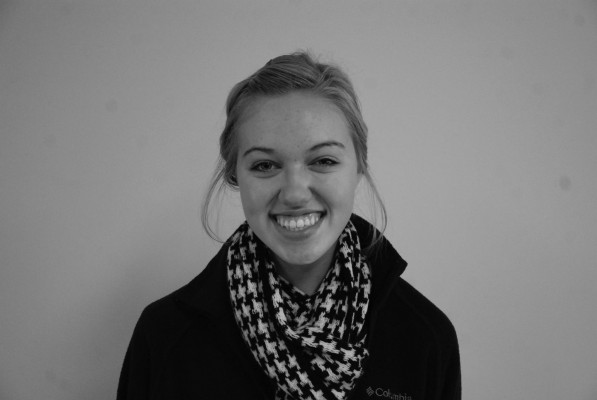 The era of women waiting restlessly at home for their sweetheart to return from war has come to a close. Gone are the days spent planting victory gardens and rationing food supplies. As we say goodbye to Rosie the Riveter, we welcome in a new icon: G.I. Jane.

In January, former Secretary of Defense Leon Panetta, granted women the chance to fight in combat for the first time in United States history. However, this decision has created a long list of new military standards
and criteria.

Despite legal restrictions, women have been on the front lines for years. During the Civil War, some women dressed as men to fight while others served as nurses and aids in battle zones.

In World War II, women from all nations served the military; in Britain and Germany, many worked in anti-aircraft units.

A recent New York Times article reported that women have been serving in combat roles for years, particularly in their roles as aircraft pilots. This recognition of service not only provides women with more opportunities, but also allows women to further advance their military careers.

So have we finally shattered the brass ceiling? It all hinges on the 14th Amendment.

Many politicians commended Panetta for upholding the 14th Amendment by allowing women to serve in ground combat roles like artillery, armor and infantry.

However, other politicians and veterans felt the unequal physical fitness standards violated the 14th Amendment by not holding men and women to equal standards. A recent op-ed by Billy Birdzell in “TIME” magazine explained that the different standards originated from the assumption that women would never perform the same
roles as men.

The Pentagon reports that fitness standards have been closely examined to make sure they are both logical and fair. Women must run two miles in 15:36 minutes, and they receive top marks for doing 42 push-ups while men must complete their 2-mile run in 13:36 minutes and the men’s push-up number is 71.

Top military officers are also analyzing different combat training scenarios (like hiking several miles with a large backpack of supplies) to make sure both genders can benefit from the activity.

Have women truly shattered the brass ceiling? Immediate responses to the new measure give us some indication of
public opinion.

“The military does not have the luxury of discounting the nearly 11 percent of its forces who are women,” Birdzell wrote in his “TIME” op-ed.

Many politicians and veterans repeated this praise. Allowing women to serve in combat offers the opportunity to advance even higher throughout the military ranks. Furthermore, studies reported by The Huffington Post show that women and men experience similar stress levels in combat, making them equally competent to handle high-pressure situations.

“Obama putting women in combat is part of an intentional plan on his part to feminize and weaken the U.S. military,” tweeted American Family Association spokesman Bryan Fischer.

So the brass ceiling may still be intact. However, it’s slowly cracking. With time these so-called “norms of combat” will adjust, particularly as women embrace the opportunity and succeed in their duties.

“Women who seek to be equal to men lack ambition,” Timothy Leary said.

Not only is this one of my favorite quotes, it also summarizes my opinion towards women in combat. Women should hold themselves to the highest standards, regardless of men. They should strive to excel in combat not because “a man did it,” but because they know that they can do it, and succeed.

A letter to Bloomberg

The First Amendment has power, for better and for worse