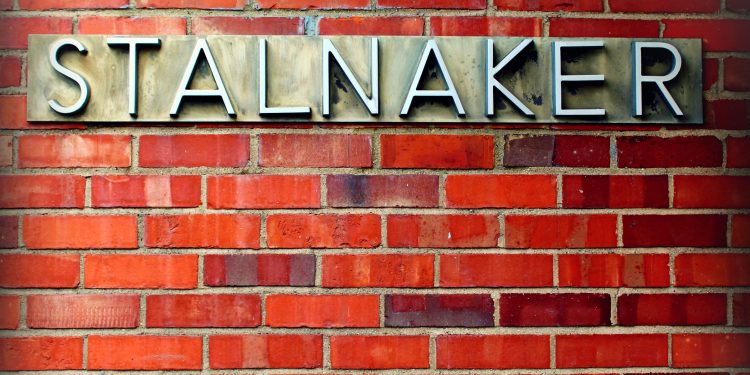 It was around 11 p.m. on Tuesday evening when the alarm went off — a faraway klaxon of unknown origin, ringing through the night and into my dorm room.

“What is that?” I asked no one in particular, but I dismissed it. Thankfully, my roommate and fellow reporter, Gannon Henry, recognized the sound for what it was — a fire alarm from another building on Drake’s campus. I grabbed my notebook and phone, and we sprinted to the scene with a third roommate in tow.

What we saw was an enormous gaggle of displaced students outside Stalnaker Hall who had resorted to the default state of chatting and browsing their phones. Bright flashes of white light from the fire alarms could be seen through the windows, but no flames could be seen as the students enjoyed the impromptu hall get-together. One first-year told me she had been writing a paper in her Walmart pajamas when the alarm went off.

One must wonder: did a desperate RA orchestrate the whole thing to create hall bonding? How else would someone get everyone in Stally to meet up?

At 11:15 p.m., a fire truck pulled up in front of Stalnaker, only to leave about eight minutes later. Everyone shuffled back inside around the same time. We heard that the evacuation was caused by someone burning food. Further investigation, however, was clearly necessary.

We stormed the residence hall to search for witnesses and immediately smelled smoke. An olfactory analysis by Henry helped us determine our top suspect.

“I’m not really a stranger to the smell of burning garlic bread thanks to the questionable cooking methods my aunt uses,” Henry said. “So I’m pretty confident that the smell coming from that kitchen was burnt garlic bread.”

After we cased the building (and were reminded to sign in because we didn’t live there), I obtained witness testimony that confirmed the scene of the crime: the Stalnaker kitchen.

“I know people were in there,” said Drake first-year Edda Peterson, who had been working on homework in the Stalnaker lobby the whole time. “I could smell smoke long before the fire alarms went off.”

A foray into the kitchen revealed a broad assortment of food, including chopped green peppers and onions sitting on a cutting board on the counter and a pot of some kind of soup or stew on the stove. Unfortunately, I was remiss in not searching the place where the culprit was most likely hiding: the trash can. Alas, by the time I thought to check it, I had exited the kitchen and an unknown group of students had entered, the door locking behind them.

In future, I will endeavor to not overlook such crucial steps to an investigation as essential as this one. It is the Times-Delphic’s responsibility to keep the Drake community informed about the identity of the foodstuffs that attempt to burn down our residence halls.

Having noted my own error, I have to ask: why do things like this have to happen toward the start of year, when first-years are still getting used to Drake? On one of my first days at Drake, I was sitting at a picnic table near Helmick when people started running and saying that someone had a gun, and everyone had to run off campus. It turned out to be a false alarm, but it was pretty scary at the time (I’m not joking; this is a true story).

At least the residents of Stalnaker used this opportunity to get to know each other a bit better. And you, the Drake community, can rest assured that if garlic bread (or any other foodstuff with nefarious intent) strikes again, the Times-Delphic will be there to investigate.