Drake University Puts on a Production of Into the Woods 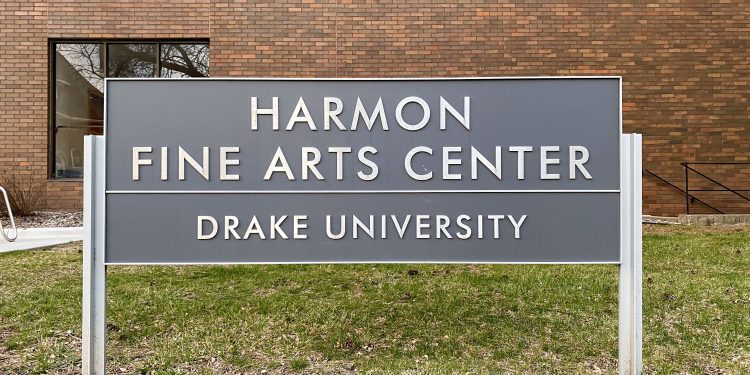 Under the direction of Erin Horst, Drake University students are determined to captivate audience members with their production of “Into the Woods” from April 1 to April 4.
“We are not stopping trying to entertain people and tell relevant stories and teach lessons,” said Shane Scandurra, a senior who is majoring in musical theatre and plays The Baker in the musical. “We’re not stopping that because we’re not barred from a virus, we’re just making sense of it.”
“Into the Woods” combines many popular fairytale stories, said Horst. Each character is striving to achieve something and they go out into the woods to get what they need.
When each character gets their happily ever after, things take a turn for the worse.
“They all do things that have affected their person, their morals and so that takes a toll,” Horst said. “And so, they suffer the consequences.”
Scandurra said the main lesson that audience members can learn from his character is how people “have to be able to accept the past in order to move forward into the future instead of clinging onto mistakes.”
Horst said that one of the reasons she decided to put on “Into the Woods” at Drake is to give students experience working with difficult music. The musical score is written by Stephen Sondheim, a composer known for difficult and intricate music.
“You see these beautiful musical motifs and themes for each of the fairytale characters constantly being intertwined and mixed together,” Horst said. “I really wanted the students to get the experience because if you don’t have experience with Sondheim, you’re lacking a big part of your musical theatre training.”
Originally Horst wanted to do the show in a black box theatre to create an immersive experience for the audience. However, that is not possible due to the pandemic.
“We’re doing it in our big proscenium theatre, but we’re still doing it in an around style, and we’re doing it with four cameras,” Horst said. “We’ve placed the cameras around the whole set and so that’s been really complicated.”
The COVID-19 protocols have made it difficult for the cast to bond, said sophomore musical theatre major Rachel Kelsey, who plays Little Red Riding Hood in the show.
“The biggest thing I’ve noticed is that the students are missing connection between human beings,” Horst said. “I think that one of the biggest, most important parts of theatre and of acting is the connection you make with your fellow actors and the connection that you make with your audience.”
The production will be streamed in real time and shown in the studio theatre where the audience will be watching it on a screen. It is currently open to students and faculty in the fine arts department, but Horst is working on getting approval to open it up to the general public.
“It’s extra important now that our world is really lacking empathy and so I think theatre teaches empathy,” Horst said. “It connects us as a society, it bonds us as a society, it helps us understand other people’s perspectives.”