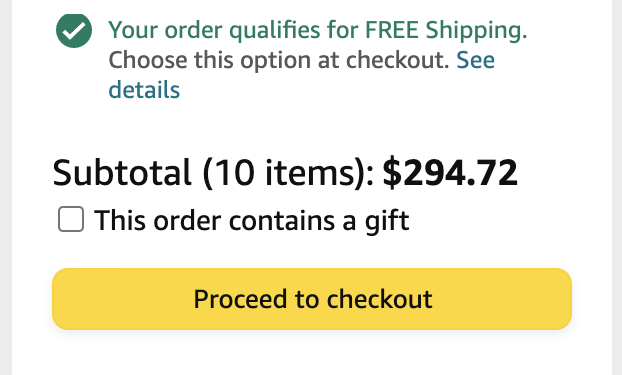 Consumers and The Washington Post agree – Black Friday “isn’t what it used to be.”

On Nov. 25, the date on which Black Friday fell this year, The Washington Post released an article reporting that store crowds were “thinner” and in-person deals were “less generous” than ever before.

Upon returning to campus after Thanksgiving break, several students who shopped in-person on Black Friday expressed a similar sentiment.

“There was nothing special about the stores in the mall this year,” said Amber Hussain, a sophomore at Drake. “We decided to go to the Mall of America, and you would think that at least that mall would be packed on Black Friday, but it was totally dead.”

Hussain said that, although her family lives in Decorah, Iowa, they always travel to the Mall of America on Black Friday because they enjoy the “chaos” of the country’s largest mall on a busy shopping holiday.

“I always love the bustling crowds of Black Friday, but this year I felt I was the only one bringing the energy,” she said. “No one was running, or fighting, or waiting in long lines. It was just an uneventful year.”

Another Drake sophomore, Aubrey Williams, was more put off by the lack of good deals to be had.

“The hold COVID had on Black Friday lessened this year, so I actually thought the crowds were pretty decent,” Williams said. “But there were literally no good deals.”

Williams said her family primarily shopped at the Apache Mall in Rochester, Minnesota. She felt that, overall, this year’s deals seemed “lacking” compared to last year.

“Honestly, the best deal I got all day was the lunch deal at Texas Roadhouse,” she said.

Hussain also felt the deals at in-person stores left much to be desired.

“There have been so many other random weekends that had better deals than on Black Friday,” Hussain said.

The Washington Post suggests this shift is caused by several factors on both the retailer and consumer sides. Retailers aren’t able to offer massive deals due to “higher labor and supply chain costs, sapping their margins,” and consumer polls have shown that buyers are “showing more restraint” in leisure spending with inflation at a 40-year high.

Hussain said she believes that, although The Post’s suggestions explain the lack of good deals in this particular year, she thinks the growing popularity of online shopping and “Cyber Monday” have forever changed the vibe of Black Friday.

“Being able to shop from your couch is more appealing to others than facing the bustling crowds of Black Friday,” Hussain said.

Hussain also said that, in coming years, she thinks the crowds will only get thinner and less people will bother to shop in person.

“Sadly, I believe this is the beginning of the end for Black Friday,” she said.

Williams shared a similar sentiment, admitting that she herself would likely switch to online-only shopping in the coming years.

“Malls and stores just don’t have the same allure as they used to,” Williams said.