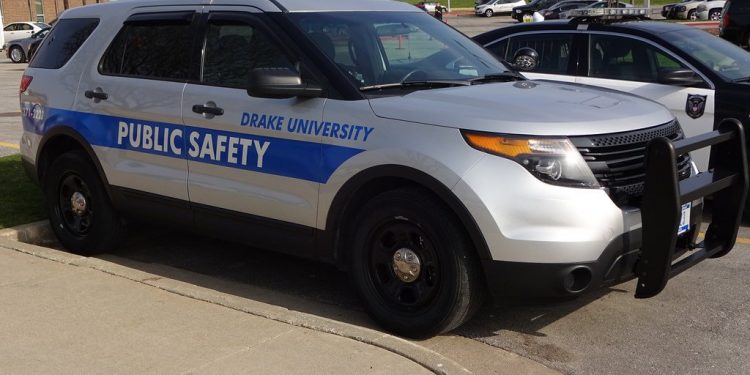 A campus safety email sent out Friday, Sept. 2 reported two attempted armed robberies at Drake University late Thursday night. The email did not elaborate on details of the attempted robberies.

At 10:13 p.m. Thursday, a Bulldog Alert was issued saying that reports had been made of an “armed male in his 20s dressed in all black” demanding money from students. At 11:16 p.m. a second alert was released indicating that DPS and DMPD had not obtained further reports of the individual.

“We received a call from a student in a dorm reporting that there was a report on social media of a ‘man with a gun’ at Drake,” said Sgt. Paul Parizek, public information officer for the Des Moines Police Department. “Initial report was that nobody had seen this person, only the social media information.”

A Drake Public Safety crime log released by Assistant Director of Public Safety Tricia McKinney on Sept. 6 reported that an incident including attempted robbery and a weapons law violation occurred near Medbury Hall around 9:44 p.m. on Sept. 1. The incident was “referred to other agency,” according to the crime log.

Juniors Brooke Christenson and Rachel Shugarts were walking to see a friend in Jewett Hall from a parking lot by the Fine Arts Center around 9:30 p.m. when they saw a man they believed to be the individual. While the pair were not directly approached by the man – who was standing underneath a bunch of trees – an interaction still occurred.

Shugarts said the two were trailing the sidewalk by the law library close to Forest Ave. That was when she saw the individual in the grass to the right of them.

“I looked back and saw that he started pointing at us, arm fully extended, and because of the dark, rain and distance we were at, I couldn’t tell if he was pointing something at us and I thought it could have been a gun,” Shugarts said. “He pointed at us and said something along the lines of, ‘Stay away from me, don’t come near me.’”

As Christenson and Shugarts hurried away, Shugarts said that he eventually lowered his arm and made his way towards FAC.

“While we continued to walk by Collier-Scripps, we saw a public safety car pull up in front of the building,” Shugarts said. “An officer got out with a flashlight and started walking down the trail in between Jewett and Medbury and Collier-Scripps.”

It was about half an hour later when the first Bulldog Alert arrived, as they were sitting in the common area of Jewett Hall.

While Christenson does think Drake Public Safety (DPS) handled the situation adequately, she expressed difficulty in accessing the direct phone number to the Safe Ride bus. The number was found on a social media account, after another student she was sheltering with had tried calling DPS.

“I would like the information for the Safe Ride bus to be more visible,” Christenson said. “The Safe Ride bus is a great resource, but it can only be used if students know how to access it.”

Christenson also states that an “all clear” message would have been helpful. The pair had stayed in Jewett Hall until they felt safe enough to leave via the Safe Ride bus.

“I know that he approached other people and I know that the situation could have been a lot worse,” Shugarts said. “While it was really scary, I feel really lucky that we only had this encounter and feel lucky to be alive.”

Shugarts and Christenson are unable to confirm whether the man they had interacted with is the reported individual.

The campus safety email indicated an increased presence by the DMPD on campus and “extended hours for the off-duty police employees hired by Drake Public Safety.” Tall portable lights are also set to be placed strategically around campus to increase brightness.

Director of Public Safety Scott Law confirmed that the reports of two attempted armed robberies Sept. 1 were taken from current Drake students. The students they had spoken with “reported what they believed to be a handgun in the possession of the assailant.”

“Both reports were made after the fact,” Law said, on whether public safety officers had engaged with the individual. “DPS staff did pursue an unidentified male later that evening who we cannot confirm was the assailant.”

The Des Moines Police Department has not reported the individual as having been arrested or identified as of this time, according to Law.

Meredith Hall: a restoration on schedule and a temporary home