Behind the Jersey of a Drake University Football Player 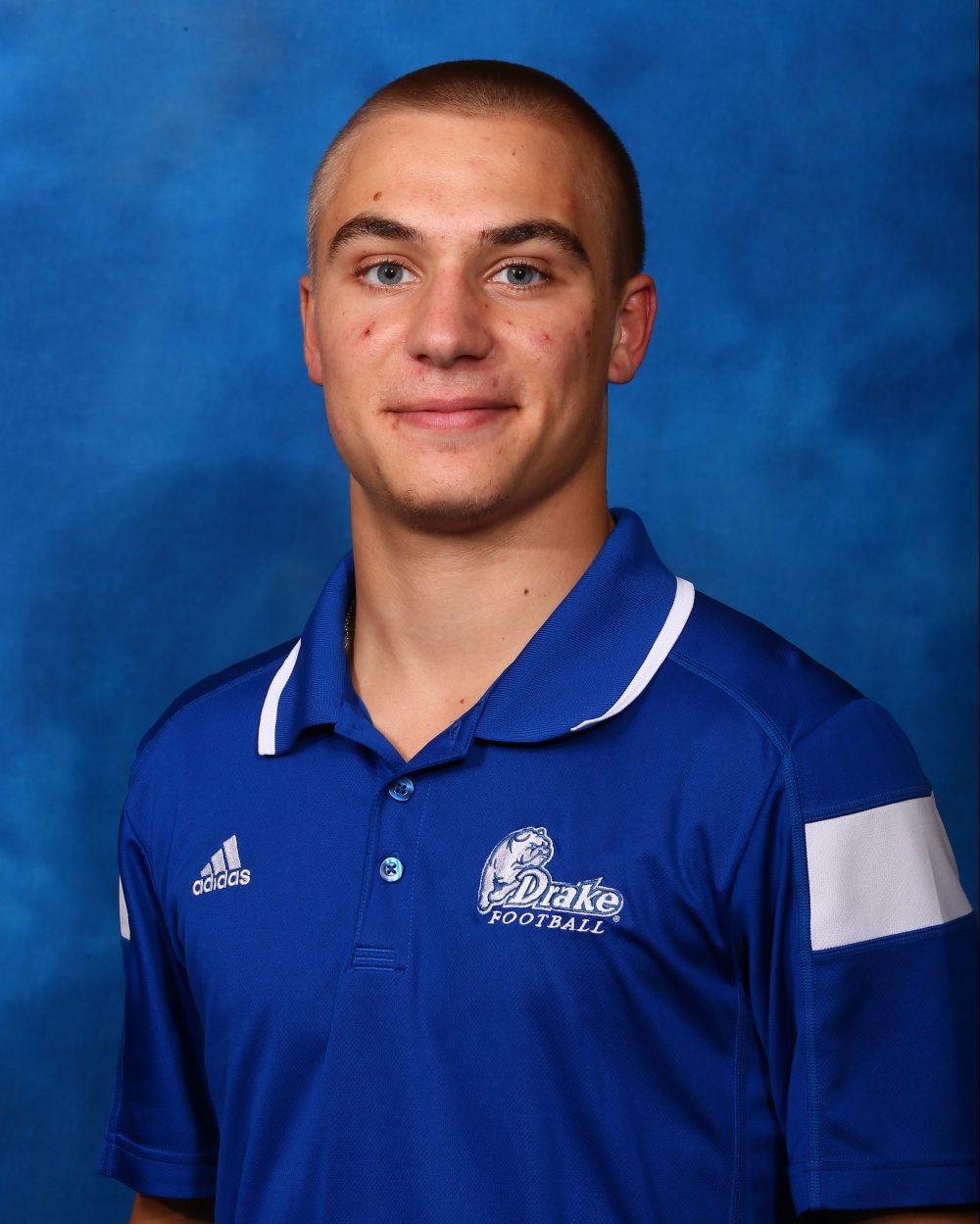 Drake University student, Scott West, has always known he wanted to be a D-1 athlete.

West, a first-year undergraduate student at Drake, plays defensive back for the university’s football team.

West has a love of sports that runs deep through his whole family. As the third son in a family of three college athletes, West knew the importance of carrying on the legacy of college athletics when he made his decision to play for Drake. West’s oldest brother ran track at Loyola University, while his other brother plays football for the Navy.

“I really do love football,” West said. “I always have. I thought if I weren’t playing a sport in college, I would regret it for the rest of my life.”

Much of West’s decision to attend Drake came down to the university’s offer of a spot on the football team. West said he did not have many options when it came to playing college football, but Drake seemed like a good fit. It is close to West’s home of Naperville, IL and he admired the university’s academics.

After about a month at Drake, West met his girlfriend, Rachel Panther. Panther, a first-year psychology student, plays on the women’s soccer team.

Panther said West was funny and easy to talk to when they first met at the Walgreens on 31st street, off-campus. It wasn’t hard for Panther to tell how outgoing and dedicated he was to the things he cared about. It was part of what drew her in.

“He works hard for the things he is passionate about,” Panther said. “He isn’t afraid to tell you how he feels. It’s one of his best qualities.”

West’s childhood best friend, Colin Considine, a first-year student at Providence College, said West is the kind of guy who can talk the talk and walk the walk. The pair met in kindergarten, playing their first years of football together, and eventually became close friends in high school.

“He might be a little full of himself, but he has a big heart for those who are in his circle,” Considine said. “He cares for people and makes it a point to see them smile. He’s a good one.”

West has many people in his life who he cares about, including his girlfriend, friends, family and his dogs.

A testament to his heart, while grabbing pizza one night at Papa Keno’s Pizzeria in Dogtown near Drake, West found a stray dog. Not wanting to leave the dog alone and without a home, West picked it up and took it home to his family in Illinois.

“I couldn’t leave the dog on the street,” West said. “I put up signs, but nobody claimed him. I decided it was best if I brought him home.”

West is staying at home with his family and dogs while in quarantine. He said he is eager to get back on campus and the field for next fall.