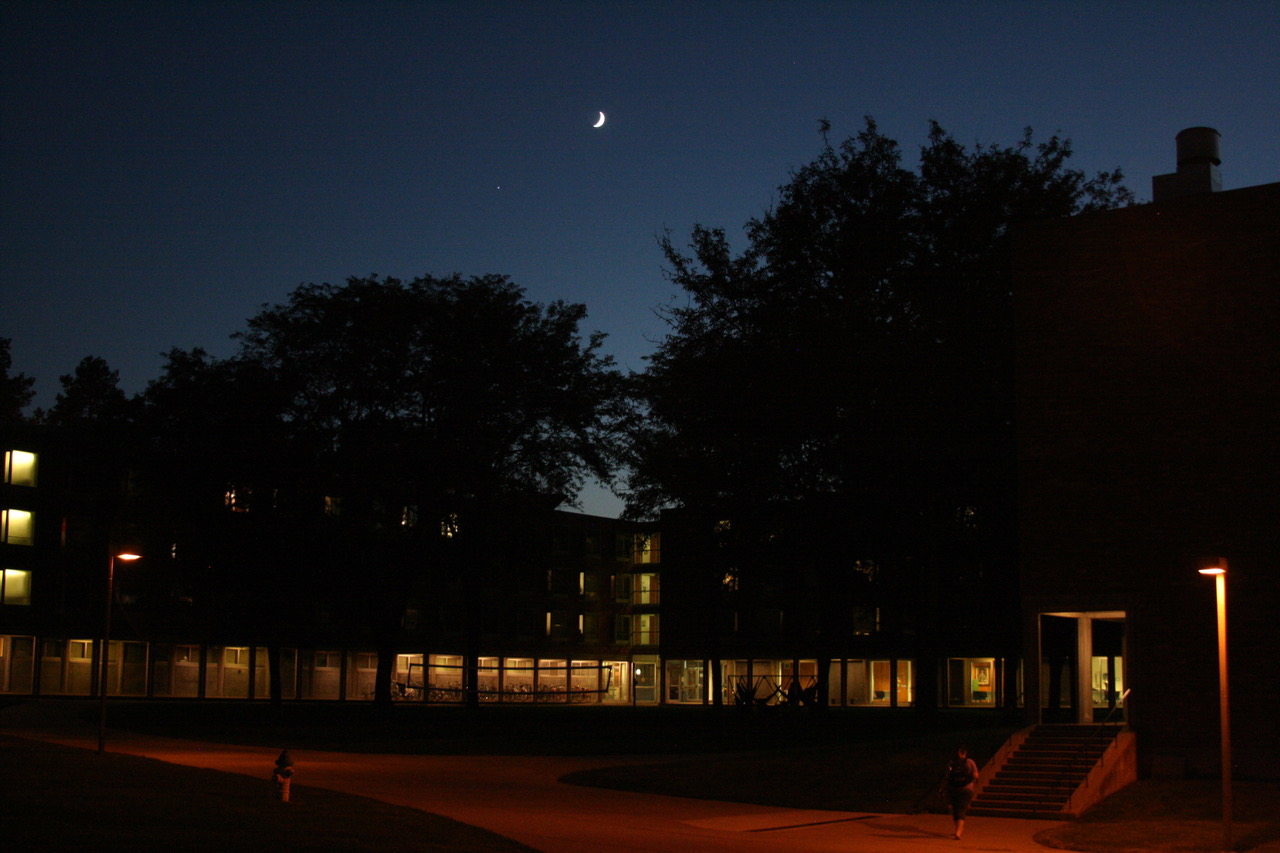 All students remaining on the Drake campus have been consolidated into Morehouse and Jewett residence halls for the remainder of the semester.

The move was the result of an email students received from Assistant Dean of Students and Director of Residence Life Lorissa Sowden on April 3.

“For your safety and security, we will be closing all halls except for Morehouse and Jewett and consolidating the students who are remaining on-campus for the rest of this term to Morehouse and Jewett halls,” Sowden’s email read. “The rationale for this decision is that we had expected 200 residents to stay on-campus following spring break. However, we now have less than 40 students staying on-campus with as low as two students in a hall.”

Students were given two days to pack their belongings and move into their newly-assigned hall, a time frame which first-year student Morgan Jambard said was too tight.

“I found out I was being forced to move dorms with a two day notice. I could have been packing for the entire two week quarantine period if they would have just notified us earlier,” Jambard said. “I found out on the Friday before I had to move. At first I was super upset because I didn’t have much time at all to pack, but once I got here my anxiety subsided.”

Sowden’s email acknowledged the inconvenience to students, but said that the decision was made with the safety of students in mind.

“We know this will come off as an inconvenience to the fifteen of you but hope you can understand that we need to make decisions that allow us to operate with your safety and security in mind,” the email read.

However, Jambard said she disagrees with their assessment of student safety.

“Financially it is understandable, but other than that I feel like it was not the best way to handle things, seeing as the more spread out we are the safer we would be,” Jambard said.

However, Daniel Smith, who was already residing in Morehouse prior to this announcement, said he does not view the consolidation of students as a large threat to health or safety.

“It wasn’t a bad decision, it did make sense to consolidate everyone in the same building, except if anyone does have it, it would be easier to spread it,” Smith said. “But since we’re college students, we’re not likely to get a bad reaction to it if we get it, so it’s not like there’s that much danger.”

Smith said he found out more students were moving into his residence hall the day before it happened, April 5.

“I want to say I found out the first day before people moved in. They sent it to my roommate’s friend, she also received an email,” Smith said. “I was like ‘Cool, people will actually be here, we can actually see other people.’”

Smith said the only adjustment was getting used to having more people in the building.

“There are more people in the hall, and it’s a bit more crowded. I’m used to it being not that crowded,” Smith said.

Though Jambard said she wished details of the move had been made more clear, it went well for her overwell.

“It would have been nice to know exactly when my card access to Stalnaker was going to be shut off, because there were some items I forgot but wasn’t able to retrieve, since I went to work and when I got back I didn’t have access,” Jambard said. “Other than that, it was a pretty easy move, the golf cart ladies helped a lot on that front.”

According to Jambard, adjusting to a new room was easier than she anticipated.

“As much as I hated the thought of moving, I do like my new room,” Jambard said. “It’s bigger and has more storage and it’s all mine, so I can’t complain too much.”