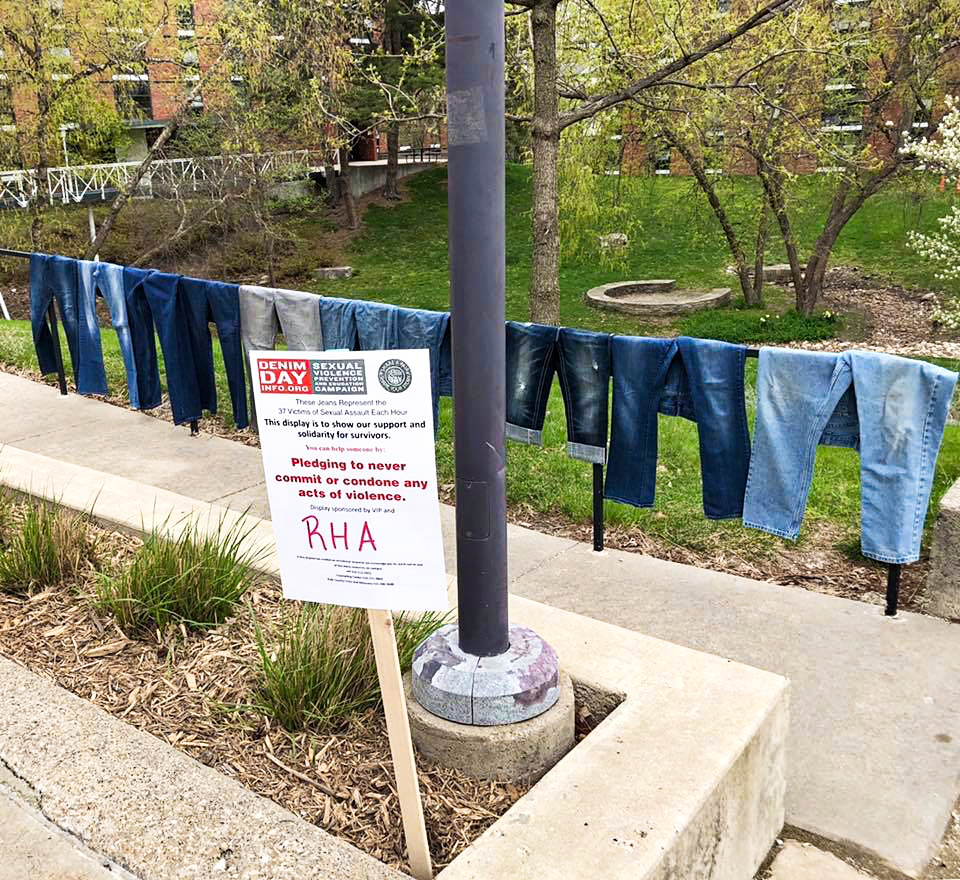 In 1992, the Italian Supreme Court overturned a sexual assault conviction because they believed the survivor’s jeans were too tight for her attacker to have taken off without her help and thus her consent.  In the days after the verdict was announced, people across the world wore denim in support of the survivor.

This past Wednesday, Drake University held its second International Denim Day event, though what happened on campus was a bit different than internationally.

Drake’s Violence Intervention Partners invited organizations and departments at Drake to collect jeans for display around campus.  Once the displays were taken down Wednesday night, they were donated to the Beacon Boutique, a consignment shop for a women’s shelter in Des Moines, Iowa.

Last year, the idea for Drake’s International Denim Day came from now alumna McKenna Carrigan, who had seen the event held by her high school. Being in VIP, she approached her organization to help start and manage the event.

Deputy Title IX Coordinator for Prevention Lynne Cornelius is the staff advisor for VIP, and her role with Denim Day is to provide assistance to the student leaders.  This year Rachel Klusmeyer and Maddie Shipley organized the event.

“They were able to organize really well and hold together 14 separate organizations or departments on campus who committed to donating jeans,” Cornelius said. “So, in 14 different locations all across campus there will be a display of jeans with a sign with who sponsored the location and a tip on how to support survivors.”

Klusmeyer sees the event as a way to educate those who may not know as much about sexual assault.

“Having that education and knowledge, even if that doesn’t happen to you, and being able to help your friends is something really important,” Klusmeyer said.  “It’s a friendly way to start that conversation, too. You’re looking at something, you’re having a conversation about it, and it’s organic.”

Last year’s event had six spots on campus with jeans, Shipley said, and she views Denim Day as a way for campus to show support to those affected by sexual assault.

“It’s a really powerful symbol of standing in solidarity with students,” Shipley said.  “It is really powerful that there’s so many people on this campus that want to make this statement and are really behind it as well.”

VIP’s goal for the future? Twenty-four different locations on campus with 37 pairs of jeans each to represent the 37 instances of sexual assault that happen every hour of the day.