Boston Celtics Secure No. 4 Seed in the East 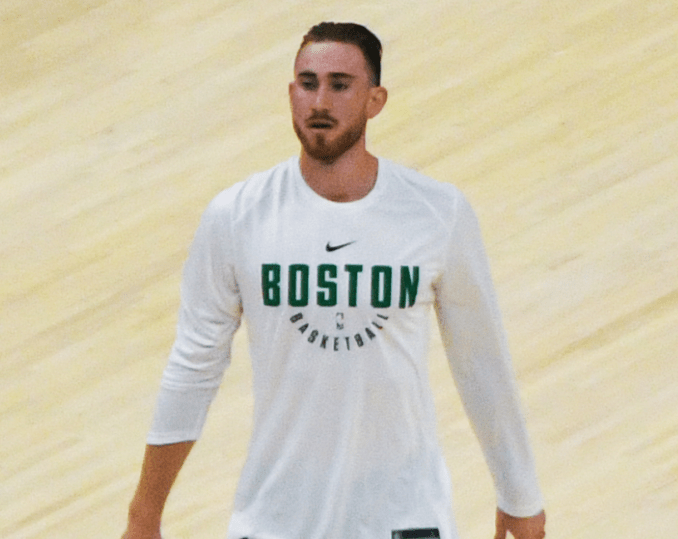 Friday night determined who would take control of the No. 4 seed in the Eastern Conference. The Celtics were ready, but up for a challenge against the No. 5 Indiana Pacers. The Celtics packed their bags and headed to Indiana to hopefully win the series against their prospective first-round playoff matchup.

Entering the game, the Celtics were 2-1 against the Pacers and have outscored them by 36 points across the three-game span. Although the two teams pose similar records, the Celtics were playing a different level of basketball on Friday, specifically forward Gordon Hayward.

The game was initiated with an Aron Baynes 3-pointer. Baynes plays center and forward for the Celtics, but if a team’s big man is going to open the game up with a 3-pointer, you know that team is going to play well. Baynes then snatched the ball out of the air to throw down an alley-oop dunk from Al Horford. Baynes had the Celtics’ and the game’s first five points.

Boston’s guard Kyrie Irving proved why he is one of the best in the business scoring 11 first half points to pair with Baynes’ seven points. Boston trailed the Pacers 24-27 at the end of the first quarter. This would be the last time throughout the game the Celtics would be down.

Gordon Hayward has re-entered his prime. As has happened many times throughout the season, Hayward stepped onto the court to begin the second quarter and made a nine-foot pull up jumper to tighten the game. In the first three minutes of the second quarter, Hayward scored eight points for Boston. Haywards 19-footer at the eight minute-mark of the quarter was the shot the Celtics needed. The two points from Hayward gave his team the go-ahead point and they retained the lead for the rest of the game.

“You hope to play your best and be playing well going into the playoffs,” head coach Brad Stevens said in a Celtics video tribute. “As far as regular season games go and the impact on home court and potential playoff matchup and everything else, this is as close as it gets.”

Not only can Hayward start quarters and the Celtics’ offense, but he can finish. With the final seconds winding down in the second quarter, Irving hit Hayward with a pass that would lead to a buzzer beater. At the end of the first half, the Celtics led the Pacers 58-47.

To begin the second half, both teams struck from deep with 26-foot 3-pointers, but it was the Pacers’ Cory Joseph who had the last laugh ending the burst of three’s with a 27-footer. Boston’s rich lineup of Tatum, Morris, Smart, Irving and Horford held things down until Hayward entered the game to continue where he left off.

In under one minute, Hayward made a driving layup, a 21-foot jumper and an eight-foot shot. Hayward was on fire and could not be stopped. He is also statistically the best free throw shooter on the Celtics, so sending Hayward to the free throw line wouldn’t help the Pacers comeback efforts.

With a 17-point lead to begin the final quarter of play, Hayward had one more item on his agenda for the Celtics before he sat for the rest of the game: go up by 20. A little over one minute into the fourth, Hayward took a pass from Morris in transition and went to the hoop drawing a foul on an and-1 layup. Hayward cashed in on the free point to give the Celtics a 20-point lead over the Pacers 96-76.

Indiana’s sharpshooter Bojan Bogdanovic was held to only four points shooting 1-for-8 in the game. Since the Pacers lost star guard Victor Oladipo, Bogdanovic has taken the lead on the team and has been averaging 22 points-per-game according to Celtics reporter Marc D’Amico.

The Celtics took home the No. 4 seed after holding onto the 20-point lead in the 117-97 win on the road. The Celtics looked like they were in playoff form with six players scoring 10 points or more:  Tatum led the Celtics with 22 points in his 34 minutes. Morris, Horford and Baynes all scored 11 points, but Baynes 11 paired with his 11 boards gave him a double-double. Irving added 17 points, but the story of the night was Gordon Hayward.

Hayward led the bench with 26 minutes, but in those minutes he scored 21 points shooting 100 percent from the field. Hayward went 9-for-9 inside of the arc and didn’t attempt a single shot from three. Hayward was sent to the line for three free throws and escaped with three points shooting 100 percent there too. He added four rebounds, two assists and one steal. When Hayward was on the court, the team was +23, the best differential in the game.

Hayward becomes the first Celtics player to score 20 points or more while shooting 100 percent since Kevin McHale did so in 1986. Hayward has now scored in double figures in the last eight games (16 points against the Orlando Magic) and is proving to be the player that Boston brought in from Utah. Hayward’s and Tatum’s contributions helped improve the team’s overall record to what is now 48-33.