Fall break on campus and the early snow 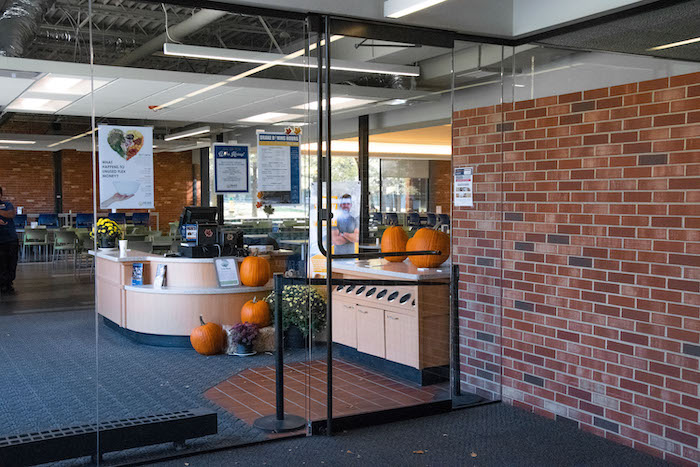 Most Drake students went home for fall break, but some students stayed on campus and witnessed the first snow of the school year.

Sophomore theatrical design and technology major Ian Evans is from the Southern Bay Area of California and chose to stay on campus because traveling home would have taken too much time. Evans made the most of staying on campus by keeping busy with a gig at the Wells Fargo Arena.

“I caught up on homework and worked at the Wells Fargo Arena for the load in and load out for the Fleetwood Mac and Cirque Du Soleil Tour,” Evans said. “It was worth staying on campus for the tours because I got to learn a lot and it was a fantastic experience. Having the time off helped because I was able to work on both tours.”

Evans said that most of the campus was closed for the break. Only a few buildings remained opened including the upperclassmen residence halls, Olmsted and Quad Creek cafe.

“There were actually quite a few students who stayed on campus,” Evans said. “Whenever I would go over to Quad for lunch I always saw a lot of people there eating.”

Sophomore computer science major Will Parker is from Denver, Colorado and chose to stay for the break because it is about a 10-hour drive from Des Moines. He said that he didn’t want to pay for round trip plane tickets just to spend the weekend at home. He chose to get off campus for the break and explore the greater Des Moines area with the free time that he had.

“I hung out with my brothers in Theta Chi and we went hiking together at Ledges State Park (located near Ames) and explored the city,” Parker said. “It was a lot of fun.”

Evans said in the late afternoon on Sunday of fall break there was a light snow in Des Moines.

“I walked out of the arena between shows and saw the snow,” Evans said. “I was like oh nice, this is cool. But, it only lasted like 15 minutes and melted as soon as it hit the ground.”

Evans stated that he was surprised by the early snow since he didn’t remember it snowing on campus last year until about two weeks before winter break began.

“During the winter it is a lot colder here in Des Moines than it is back home in California, but it is much more of a dry cold there,” Evans said. “It can be 45 degrees at home and you will be chilled to the ear bone. It also doesn’t snow at home, but I traveled to areas with snow for winter sports.”

Parker said that it was a nice surprise that it snowed for a little bit, but it wasn’t even enough for it to stay on the ground without melting.

“The weather was surprisingly nice,” Parker said. “It was a little windy, but the sun was out so the temperature wasn’t all too bad.”