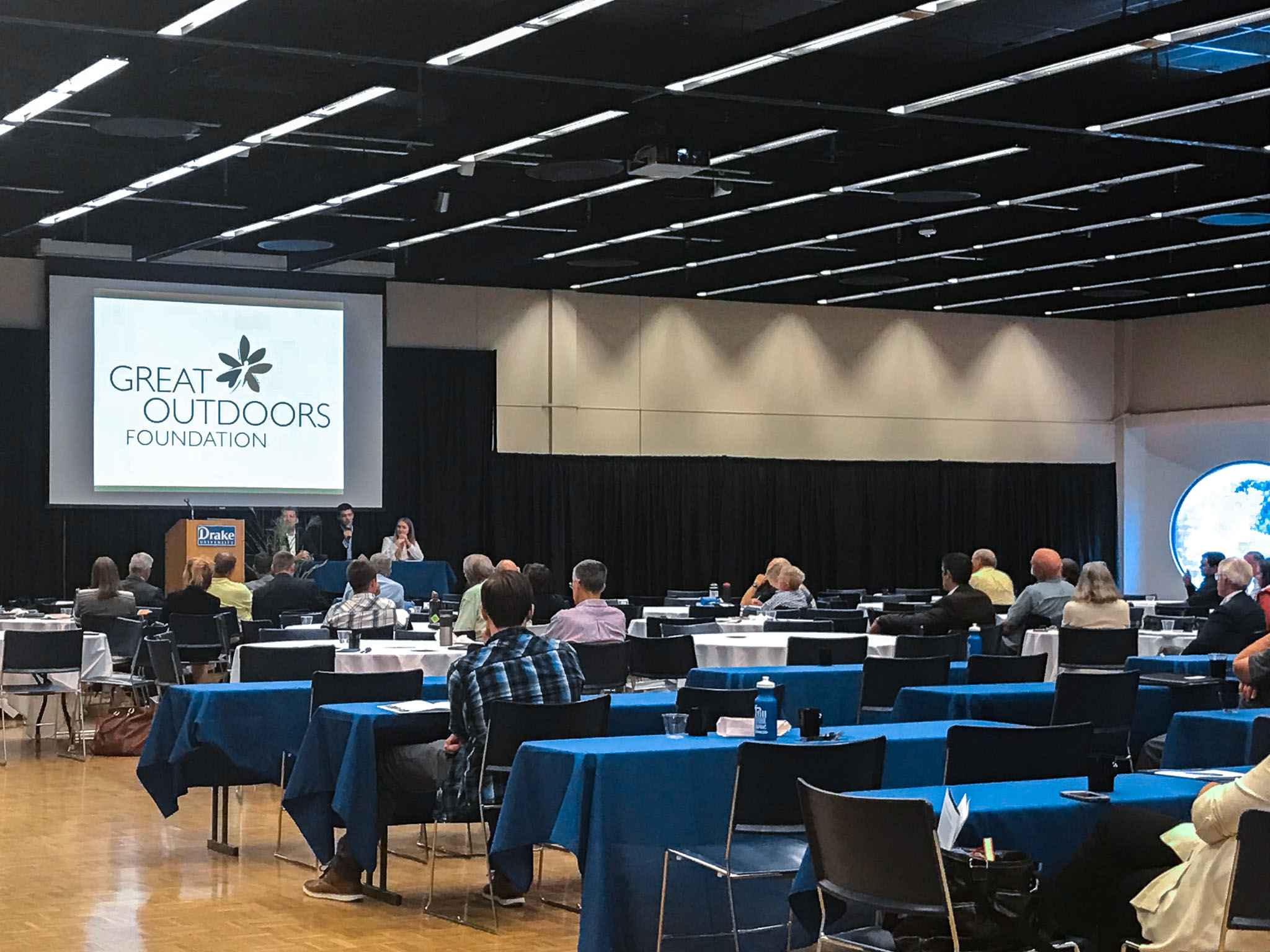 On Wednesday, Sept. 19 the Drake University Agricultural Law Center hosted the Sustaining Our Iowa Land Conference (2018), also known as the SOIL conference. The conference was intended to bring Iowans working in various roles within the agricultural industry together and give them a space to discuss Iowa’s agricultural future.

Jake Dempsey, a Drake University Agricultural Law Student and member of the Drake Journal of Agricultural Law said, ”The main thing that I took away from the conference was that people have a lot of different perspectives, but are all concerned about one thing. It was heartening to know that so many people were concerned.”

Dempsey said that the conference sheds light on our political system and what he saw made him pleased with people’s commitment to bettering Iowa’s agricultural future.

“We’re at a critical point in Iowa’s agricultural future and it’s bright,” said Dempsey. “The main thing that I took away from this conference was that changes are made at the governmental level and people want to change things.”

Alan Wedemeyer, a conservation systems agronomist at the North Racoon River Watershed, said that he saw there being a large divide in Iowa’s agricultural future.

“I see the future as a tale of two worlds,” Wedemeyer said. “With the state being divided, as large producers will continue to get bigger and that will leave a very small place for smaller producers. Smaller farms will become a part of the niche market.”

Wedemeyer said that he really enjoyed seeing Seth Watkins of Pinhook Farms speak at the conference because he’s an Iowan producer that has first-hand knowledge of making his business work.

According to Wedemeyer, one of the most impactful things about the speakers at the conference was seeing their passion and experience.

“All of them have the passion of folks that’s built over time,” Wedemeyer said. “They’re still talking about soil erosion and water quality. They’re moving forward and making it happen.”

“When your grandkids are out here, they still have to eat and drink,” Wedemeyer said. “It’s not about just us today. We have to make sure that they have that ability.”

According to Wedemeyer, conversation means working to preserve what we have and keeping it viable for future generations.

Similarly, Dempsey said that he was impacted by the talk about conservation at the SOIL conference and that it can be an emotional topic.

“Anytime people start talking about a species that has gone extinct it opens up the magnitude of sacrifice,” Dempsey said.

Although Dempsey said that he sees himself as an associate attorney working on plaintiffs in the next five years, he said that he understands the importance of agricultural law and the SOIL conference.

“The implications of agricultural law are so far reaching,” Dempsey said. “It impacts so many people and the markets are totally complex. The function of it is to sustain our population.”

A Harvest of Memories