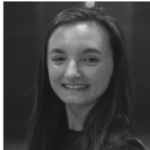 I do not believe that the Drake Cancelled pamphlet that has recently surfaced around Drake’s campus and on Facebook is the right way to go about starting this dialogue. I know the intention behind it was good, but via class discussions, I have heard many students say that they believe that it wasn’t executed in the best way.

Before I go into this, I want to start by saying that I am not victim blaming, saying that what happened to them wasn’t a big deal or that they are lying. I do not know what happened. I am just speaking from my initial reactions to the post I saw on Facebook.

The first issue I have with the pamphlet is the anonymity. One of the biggest guidelines in the journalism profession is to be skeptical of one anonymous source. Many journalists need to have several known sources to corroborate a story before publishing it. The same can be said about this document. Because you don’t know who published this, you can’t make a judgment of its reliability.

What about the rights of the people that were accused? Everyone always thinks about the victim when things happen, but we can’t forget the rights of the accused. Included in the 6th Amendment, defendants have the right to be informed of what the accusations are and confront the witnesses against them. If these accused people didn’t know what they are accused of, they still may not know, as many of the terms in the pamphlet are vague.

To me, the word “predatory” sticks out. How does one define predatory? Is it someone coming up to you at Peggy’s and asking if they can buy you a drink? Or is it trying to convince you to come back to their place to have sex? Are they being physical or just verbal? Some of this is worse than the rest, but how much of it is illegal?

On the victim’s end, did they want their story plastered all over campus and social media? Were they aware that their abuser’s name would be everywhere, reminding them of what happened?

Why were specific males called out in this pamphlet? It appeared that each male was specifically chosen because they are well-known on campus. RAs, faculty members and fraternity members are all mentioned. There was a blanket statement about one entire fraternity and sorority life organization. I see there are a couple of specific members the writer singled out, but no specific examples of how every single member of the fraternity and sorority life organization perpetuates this environment.

As previously mentioned, I don’t know the validity of the pamphlet. What I do know is that there have been instances of false accusations in the past. What if none of the guys mentioned are actually guilty? The sharing of the pamphlet puts people at risk of spreading defamatory speech. False accusations can completely ruin someone’s life. Even if it’s proven that an accusation was proven to be false, the incident will still forever be out there.

I do agree with the writer that if someone is abused, man or woman, they contact the authorities and/or any of the confidential resources shown in the pamphlet.

Ramadan away from home

All In Giving Challenge Postponed