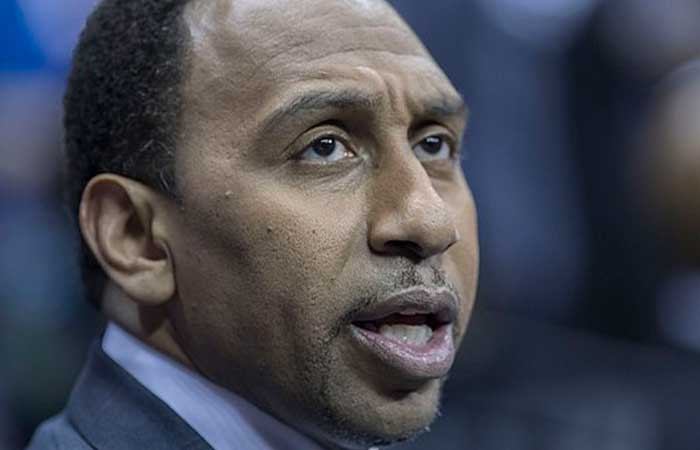 Over the last week, Stephen A. Smith made a bold claim about Loyola-Chicago’s basketball team, calling into question their legitimacy to be in the national championship game. He acknowledged sounding like a hater with a preface to his quote.

Smith was asked on a segment of First Take if he would be interested in seeing Loyola-Chicago in the championship game.

“No. I know that sounds like I’m the Grinch, or whatever,” Smith said. “Please forgive me, but when it comes to the national championship game, I want to see the two best teams in the nation.”

And he’s right, he does sound like the Grinch: just dumping on them and de-legitimizing them as a program. He goes on to acknowledge how fun it is to see a run like this, but questions how good of a game the championship game would be if it were to be the Ramblers against ‘Nova or Kansas.

“The Cinderella ride is really, really nice for early round upsets and things of that nature,” Smith said. “But if I’ve got a choice between seeing Loyola-Chicago or Michigan up against Kansas or Villanova, I’ll take Michigan.”

Before I continue, I’d just like to clearly state that I am not a fan of Stephen A. Smith. I think he’s generally one of the most absurd personalities on television, let alone in sports news. His ability to rationalize any argument is part of the reason he makes so much money, but also why First Take is a nearly unwatchable show. Max Kellerman and Smith together are just a bundle of pent-up frustration that never leads to a productive conversation, really.

However, I feel a lot of what he’s saying here. A blow-out in the championship game always puts a damper on the tournament, and with an MVC school going up against a powerhouse program, the potential for a 20 or 30-point game is there – no one should want to see that.

Smith does clarify his thoughts a bit toward the end, but it’s almost contradictory.

“That’s no disrespect,” Smith said. “I think Loyola-Chicago has done a phenomenal job, and they’ve trounced some opponents, and I do pay attention to that. But the national championship, I’m not interested in Cinderellas. That’s just me.”

And the Ramblers have absolutely earned every right to be here. That’s the thing about this tournament: by giving 64 teams the chance to be there, it’s fair game for anyone to establish themselves as a top team.

Loyola-Chicago has played incredibly well, obviously. They’ve taken down a 6-seed, a 3-seed, a 7-seed and, most recently, 9-seed Kansas State. And while the win over Tennessee (the 3-seed) does show they can play with top-tier teams, I can’t help but wonder how much Loyola benefited from UMBC upsetting Virginia in their historical first-round win.

While they did knock out the third highest-ranked team in their region, the No. 1 (Virginia) and No. 2 (Cincinnati) teams were both gone by the second round, leaving a pretty clear path to the Final Four.

Now, I’m not saying that Loyola doesn’t deserve to be here; they do, that’s the nature of March Madness. However, they haven’t had to play a team even close to as good as Kansas or Villanova. My fear is that we could end up seeing an awful basketball game in the championship game if the Ramblers are there.

This all made me very curious about how other “Cinderellas” have done when they have actually made it to the Final Four, so I looked into it.

For strictly categorical purposes, let’s consider “Cinderella” teams to be an 8-seed or lower, that’s the bottom half of their region, seems reasonable enough.

Since 1985, there have been ten 8-or-lower seeds to make the Final Four (Loyola-Chicago is the eleventh). Out of the previous 11 Cinderella runs over the last 33 years, only three qualifying teams have even made the championship game. I think it’s also important to note that one of those years (2011), No. 8 Butler beat No. 11 VCU to make it to the championship game before losing by 12 to No. 3 UConn. So, by default, there was going to be a Cinderella in the championship game that year.

The most recent team to make it to the championship game with that low of a seed was the 2014 Kentucky team who lost to No. 7 UConn, and Kentucky was already on their way to being a powerhouse program at that point.

The only team to actually win the tournament as a Cinderella since 1985 was Villanova as a No. 8 seed in 1985. So, it’s been well over 30 years since we’ve seen a Cinderella actually find their Prince Charming.

This means a few things. It will be a relative anomaly if Loyola-Chicago makes it to the championship game, and it will be historic if they win. From my own personal interpretation, I see two possibilities.

The games will speak for themselves. But this is one of the first times that something Smith said has interested me or had validity to me. Looking at the past, it does show that Cinderellas are generally cut out of the pack in the Final Four when there’s only elite teams left.

However, I’ll still be waiting with bated breaths to see if Loyola can pull of a couple more upsets and make history. Sorry Stephen A., but go Ramblers. We’ll see if they can be an enigma and prove him wrong, as so many have done throughout his career.