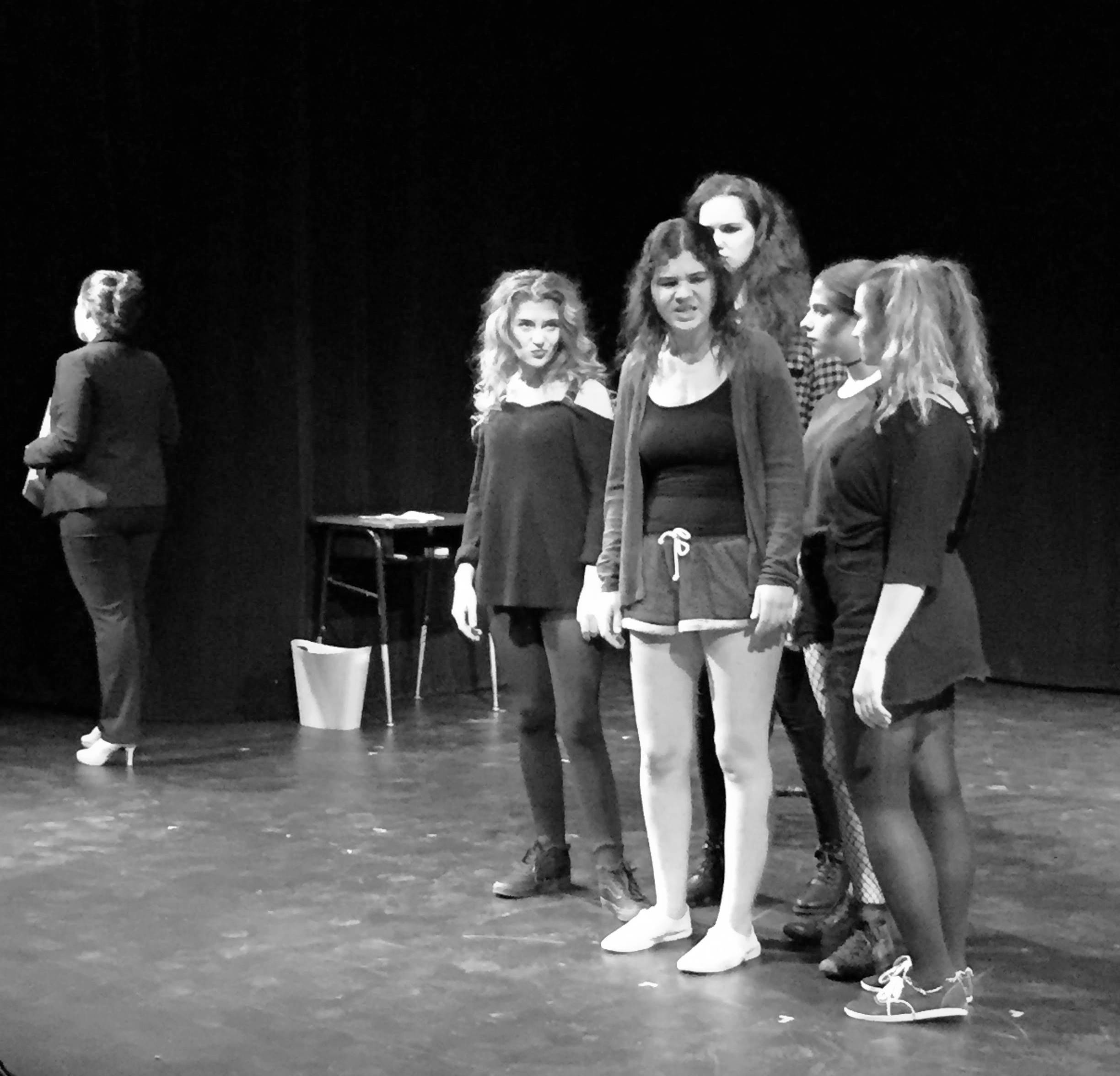 Each production was a one-act play directed by Drake students. The first three of the four productions followed a grim Halloween theme while the fourth was a deeper look into the burdens and problems within the typical American family.

The first production, “4:48 Psychosis,” follows the struggle of a young woman suffering from suicidal thoughts and is thought to be a semi-autobiographical form of the author’s suicide note.

“As a directing major, this is one of the few opportunities I have to direct first-hand on this scale of a production, and it gives the students acting in it the chance to work with a different style and a different director,” said Emily Brown, director of “4:48 Psychosis.”

“Charlie the Ant God” is a play both written and directed by Drake’s Jake Leiberton that tells the story of a baby named Charlie who was born completely silent and still but grows up to become a murderous ant god.

The four productions received positive feedback from the audience and the cast, with members saying how impressed they were or that it went well.

“It’s always an uncertain feeling because things always go wrong on opening night, but then it’s over and you just get to enjoy it the rest of the time,” said Brenna Leilich, a Drake sophomore studying BFA Musical Theatre who played the main role in “4:48 Psychosis.”

“It shows a side of fine arts and how talented students are,” said Mary Muir, a community member who came to support a friend.

Though the Student Theatre Production Showcase only happens once a year, the theatre department also has annual student-directed mainstage plays that will be happening in February.

“I think it’s incredibly important just because it’s a fun way to go out and have a fun night,” said Brown. “It’s cheap, it’s entertaining, it’s dark as all hell, and it’s just a great way to support the theater department and really see what the students are capable of.”