byJessica Lynk
in Humans of Drake
0 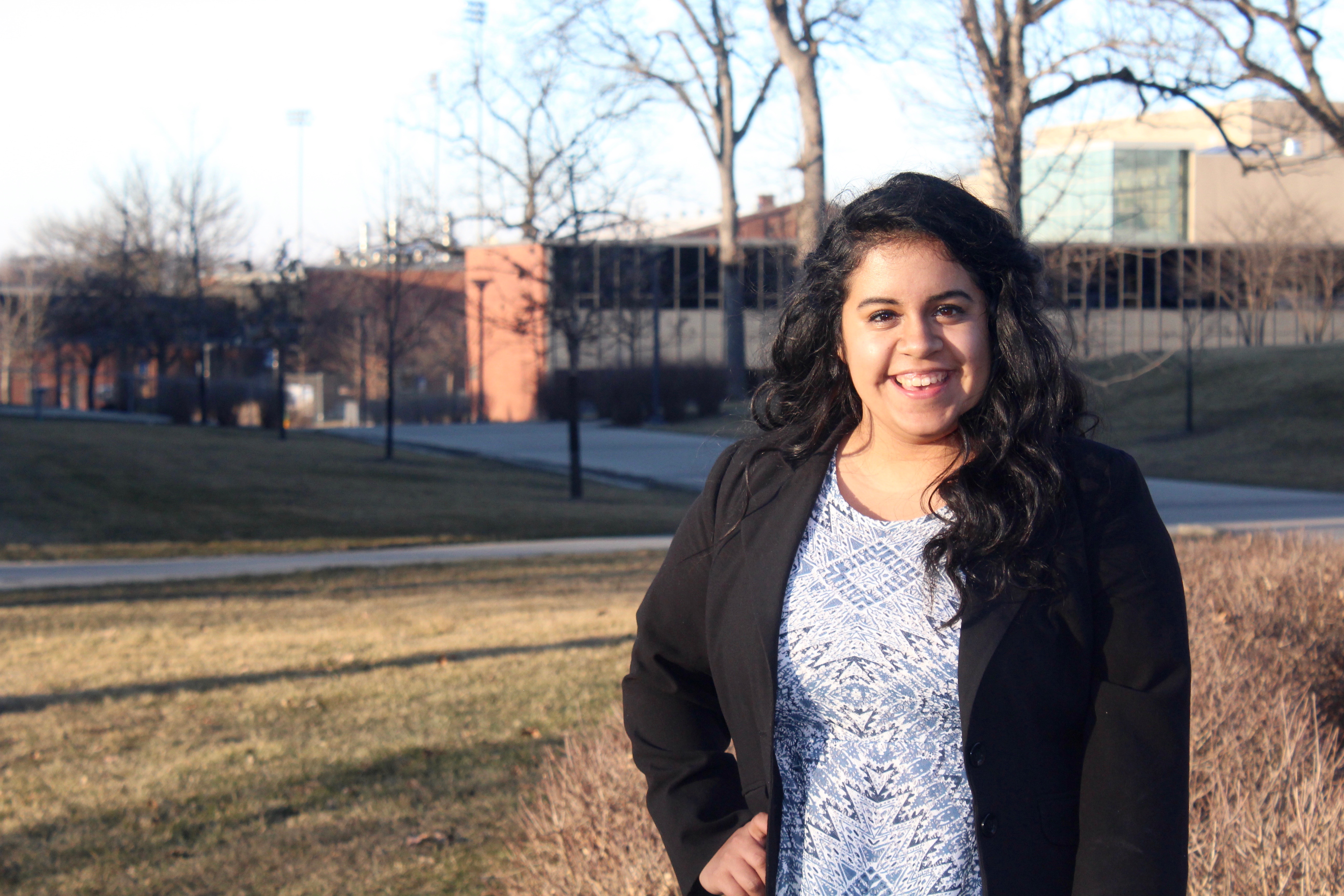 To Student Body President Thalia Anguiano, this was college.

“I remember looking out at Helmick and saying—this is what college is supposed to feel like and look like,” Anguiano said.

It was her first year at Drake University, a university she decided upon after one of her best friends told her to check out the school during college.

But during her sophomore year, Anguiano felt insecure in her college choice.

“I don’t remember exactly how it came about, but in my rhetoric class I was taking at the time, it kind of hit me that I was one of the lone Latinos on this campus at a PWI (predominantly white insitution),” Anguiano said. “That kind of instilled a lot of frustration and disappointment in the decision I had made to come here and didn’t really know how to go about it.”

Anguiano decided to transfer back home to DePaul University. She had the paperwork ready and everything.

But during winter break her sophomore year, Drake alumnus Hector Arroyo asked Anguiano if she would be interested in starting a group on campus called La Fuerza Latina. The organization would provide a space for the Latino community.

“We obviously saw a need for it on this campus to have more of that advocacy within the Latino community, which is why (La Fuerza Latina) came about,” Anguiano said.

Although Anguiano can’t remember exactly what led her not to transfer, she credits La Fuerza Latina and a position on the Student Activities Board to why she is still at Drake.

“Once we came back after J-Term and started working on it, then I had found that other community that was missing from my Drake experience,” Aguiano said. “The people within that organization have been a very big reason why I choose not to transfer that year.”

Anguiano credits this year to being one of her most challenging years at Drake.

“I had never really had to think about what it means to be a person of color or a women of color, a Latina, just because, back at home, that is all I had been surrounded by is Latinos,” Anguiano said. “I live in a very Latino-prominent neighborhood. I didn’t really know how to navigate through that and I think not knowing how to navigate through that affected a lot of the other things I was doing on campus and a lot of my school work as well and my relationships with other people. That was probably one of the biggest challenges.”

After her challenging year, Anguiano ran for diversity interest senator-at-large. She won the election and then became student body president the following May.

“I was tired of seeing people run for the title,” Anguiano said. “I was tired of seeing people run to fulfill their resumes. I do not really understand why people do that, but they do. And it is crappy, but I knew I wanted to change that trend that has been going on since I got here … I wanted to run to show that there are people that actually are genuinely invested in the student body and the needs of the Drake experience and show people that I was actually willing to work and do something good for campus, instead of just going and sitting in the office and reaping all the benefits from being student body president. I wanted to change the perception of that.”

But her time as student body president has come with more challenges.

Anguiano says that as a woman of color, she feels she is not always given credit for the work she does.

She also says it has been hard for her to establish her presence on campus.

“There are still people on this campus who don’t know I am student body president,” Anguiano said. “I have found it very difficult to deal with a lot of the microaggressions that come with being a women of color as well as a lot of the sexism that comes with just being a woman in this position period … I don’t think it has been much of an issue for presidents in the past, just given social and power and racial and all those other dynamics that go into a leadership position.”

But during her time as president, Anguiano helped begin to see what a career beyond Drake could look like.

Anguiano started at Drake with the idea that she would eventually go to law school. But that idea shifted after she took an undergraduate law school class.

Anguiano said this realization came around the time she went to Barcelona, Spain, for a leadership conference.

“There, I learned a lot more about student identity development and how it affects college students. I said ‘Well this is cool,’” Anguiano said. “I talked to Meghan (Baeza, the director of student leadership) a lot about it and she said what I am doing right now, working with different organizations on campus and what I learned at the conference, is something that I can actually turn into a career.”

After graduation, Anguiano will be taking the skills she learned as a sophomore, diversity interest senator-at-large and student body president to Kent State University next fall. Anguiano has an assistantship at Kent State where she will be working with students of color and other traditionally marginalized groups within the Cleveland metro area. She will be talking about the importance of higher education, something she has already done at Drake.

Anguiano’s interview with the Times-Delphic was featured in our Humans of Drake podcast. Listen here: