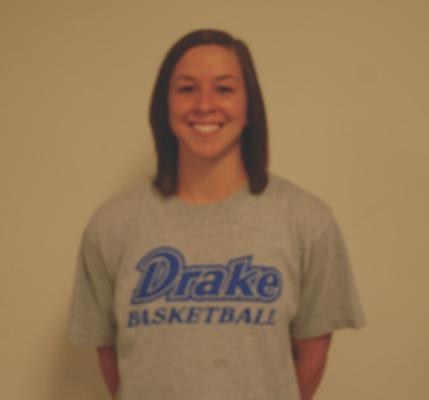 It’s the question I face every week before writing my column: Where should I draw my inspiration from today?

In the midst of our short break before post-season kicks off, I find myself reflecting on some of the most memorable times of this season. Because I do indeed have a word limit, I will narrow it down to five.

5) The Freshman and Player of the Year being named in Drake blue.

Lizzy Wendell was named Freshman of the Year, and Kyndal Clark Player of the Year.

There is a great sense of pride that comes with awards prestigious as these. While every bit of them were earned and deserved, there is a lot to be said for the Drake across their chests. It was truly a special time for not only them personally, but our entire team and program as well.

It is honors such as this that raise the stakes and begin to generate a great sense of tradition.

4) Beating Creighton in our home opener.

There was no better way to start our season. Long-time rival, past conference opponent, and we came out on top.

I might add, that on paper, we were not supposed to beat them. Let’s just say the locker room celebration was a good one.

3) Our Thanksgiving trip to Seattle, Wash.

While we went 1-1 on this west coast excursion, I’m not so much talking about the basketball part. We got the chance to visit the Space Needle, walk around the Pike Place Market and enjoy a Thanksgiving meal with our families if they came along.

The majority of us had never been to Seattle before. It was a much cooler environment than I imagined — we even got to see the very first Starbucks!

2) The record-setting performance against Bradley in the Knapp Center.

All I have to say about that game is: wow.

We set the school record for threes in a game, and Kyndal Clark broke another record with 10 threes alone.

Now that I think about it, we probably should have all written down what we ate for breakfast that day. I wonder if Bradley wanted to play us again after that performance?

There is no better place to play your best basketball than in St. Charles, Mo. And we did exactly that against Indiana State.

It was a great run that very few people expected we had in us. Indiana State had already beaten us twice in regular season.

They outsized us big time. But even those factors didn’t get in the way — definitely a game we will never forget.

In the heat of all the action, it’s unbelievable how fast a six-month season can go.

We are over the moon about what this team accomplished, but our work is not done yet.

Every season is made up of special moments like the ones I just talked about. What could the 2014-s15 season possibly bring?

Grenfell is a senior public relations and management double major and can be reached at carly.grenfell@drake.edu

Obamas go back to the beginning for final rally