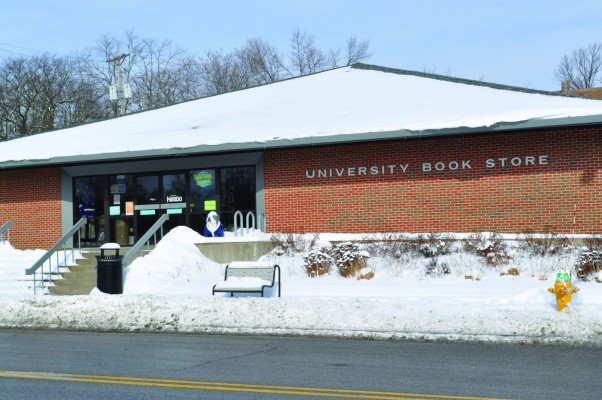 Recently, the University Bookstore has expanded what it sells, predominantly by adding makeup and phone case sections.

When asked why the bookstore began selling these non-school or Drake related products, sales representative Ashley Dierking said, “Those aren’t decisions made at the level we’re at. We’re part of Nebraska Book Company and they make those decisions on what we’re going to be selling on a much higher level. It’s not the store manager’s choice to sell these products, it’s her manager telling her she needs to try selling these new products.”

This addition to the bookstore has been in place for about a month and a half and so far. It has not had much success, according to Dierking.

“I think I’ve sold one makeup bag, and I know we’ve sold a couple pieces of jewelry, maybe three since we’ve had them here, which hasn’t been that long. I don’t think it’s been particularly successful, but I could be wrong,” said Dierking.

Many students felt that the new products were unnecessary to be sold at a school bookstore. Most stated that a bookstore is meant to sell things that have educational purposes or relate to Drake University itself.

“I like that it sells phone cases. I need a new phone case,” said Peter.

However, Peter later stated that she did not think the makeup would be successful.

“I think it’s cool and it’s convenient. It doesn’t take long to walk over there,” said Gaub

Time will tell how successful the new products at the bookstore will be.

Elon Musk stepping down and the effect on Tesla