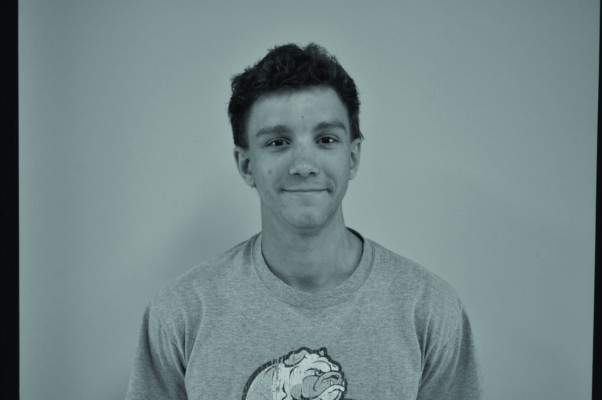 I don’t know about you all, but I’m worried about our Drake men’s basketball team.

2-1? How on earth are we supposed to compete with Kentucky and Michigan State when we have a loss on our record?

How did we even lose to Saint Mary’s? They had seven losses last year. Seven. I need BOTH of my hands to count that many. It should have been a piece of cake.

Not only did we lose, but we lost big, 67-63. I watch enough soccer to know four points is a nearly insurmountable lead.

2-1? This is almost worse than when Captain Pickard was turned into a Borg in “Star Trek: The Next Generation.” Scary episode, guys.

I thought Coach Giacoletti was supposed to save us from this sort of embarrassment. He’s been here eight months already. Basically an eternity.

If I can grow an almost-full mustache in that time, I’m pretty sure he can field a 3-0 basketball team. I mean, it’s not like it’s hard or anything, right?

2-1? This is almost as bad as when Drake took out the Time Element. God, I loved that thing.

Maybe Richard Carter is the problem. He scored 38 points in the opener, which is OK, I guess, but now his season average is only 23.3 points per game. Lack of production, much?

He ranks 30th in the nation in scoring, which, frankly, is a pretty low standard.

I could score at least that much, and I’m an asthmatic whose upper-body strength hasn’t improved since seventh grade.

2-1? This is almost as bad as when Hubbell runs out of tofu, my all-time favorite.

I would be lying if I didn’t foresee this loss. We were only able to beat Iowa Wesleyan by 55 points, after all.

104 points, that’s it? Did someone replace the team’s socks with ones made of lead? I sure hope so.

2-1? This is almost as bad as when my roommates play their favorite Nickelback tunes, ignoring the blood seeping from my ears.

I can’t help but think that this is a major setback in the plan to turn us into the “Gonzaga of the Midwest.”

Gonzaga might, inexplicably, lose every so often, but give me a time when it wasn’t one of the best teams in the country. Can’t do it, can you?

2-1? This is almost as bad as leaving the bathroom after the guy who decided not to wash his hands. Ew.

Rebounding is also a major issue. Drake is only averaging 9.3 more rebounds than its opponents.

We must be letting the ball bounce a couple times on the floor before picking it up. How else do you explain such a tiny margin?

Not to mention, Saint Mary’s and UIC both almost scored 70 points. Where the heck is the defense?

2-1? This is almost as bad as having to walk all the way to Howard Hall on a snowy day.

I just hope this loss lights a fire under the team, and it wins the next 30 games, en route to a national championship.

If those expectations are ridiculous, then I’m just a mild-mannered sports editor.

Overreaction is a sophomore news-Internet and politics dual degree and you don’t want to reach him because he’s pretty insufferable.