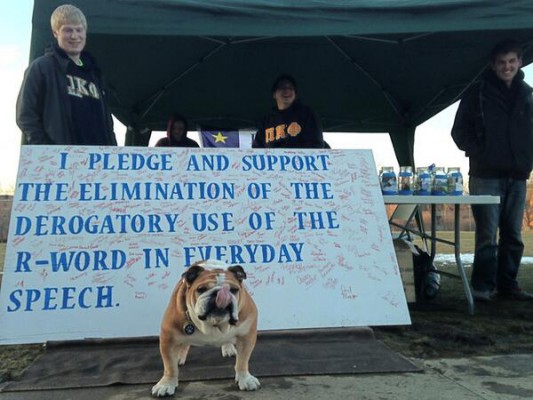 We’ve all seen those groups and events hanging out on Helmick Commons — it seems like there is always someone out there doing something. But have you really stopped to see what’s going on?

Chances are, those groups are Drake’s social fraternities and sororities participating in their philanthropy weeks and trying to raise awareness about their causes.

“All of the social sororities and fraternities at Drake share the same four common pillars: leadership, service, scholarship, and brotherhood/sisterhood,” said Kathleen Diedrich, junior elementary education major and president of the Panhellenic Council. “We were founded upon these pillars, and we do our best to grow in these areas.”

Each chapter on campus is in charge of a cause that is designated by the national chapter. At the beginning of the school year, the Interfraternity Council, which oversees all the fraternities, and the Panhellenic Council, which oversees the sororities, meets with chapter presidents to create a rough estimate when events will happen, so philanthropy weeks don’t overlap.

“You have to look ahead and plan in advance the details of an event,” said Alexandria Carlson, a sophomore law, politics and society and psychology double major and Alpha Phi’s Fast Fit chair. “You might need to reserve locations or ask for donations weeks in advance to get what you need.”

“Each fraternity and sorority finds their niche, and then they spend time to improve and/or add on to what they do that week,” said Josh Schoenblatt, a sophomore politics major and founding father of Pi Kappa Phi. “For example, we added a sign language class to teach some basic sign language and show that it is more of a culture.”

Not only do the fraternity and sorority members aim to better themselves, they also work to raise awareness and help raise money for their cause.

“I think that philanthropy weeks give participants a feeling of giving back to the community and having accomplished something that helps other people,” Carlson said.

“Our first priority is to raise awareness, the second is to raise money,” Schoenblatt said. “First, we look at all our options for events. What is going to raise the most awareness, what are people going to want to come to.”

“Chapters will have a week of events that raise both funds and awareness for their cause,” said Diedrich. “And the week typically ends with one large event.”

The rest of the community participates in each chapter’s events. Through mutual support, our chapters are able to raise substantial funds for their philanthropic causes.”

“Volunteering has always been on those things that’s suggested,” Schoenblatt said. “But the more you do it, the more fun you have. Something you do can put a smile on a kid’s face and can make their day, their week, their year better, no matter how bad.”

“Since being at Drake, I have strived to participate in our Greek houses’ philanthropy events and to volunteer my time outside of Drake and give back to the community,” Carlson said.

Schoenblatt said that they have seen some recognition for their work.

“Senator Grassley sent a letter commending us for our efforts, and last year, Governor Branstad signed our ‘Spread the Word to End the R-Word’ pledge,” Schoenblatt said.

These events are not just for Greek members — they are for the community to participate in as well.

“Just go out and say ‘hello,’” Schoenblatt said. “Someone will be there ready to tell you about their work.”