Editor-in-Chief’s farewell: Take a chance and become a leader at Drake 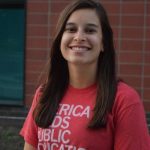 Around March last year, I was agonizing over whether I should apply to be Editor-in-Chief of the Times-Delphic. I was filled with doubt. I was halfway convinced I wasn’t cut out for the job. I knew I wasn’t the strongest reporter, but I knew I was a somewhat strong leader. I worried my anxiety disorder would get in the way and that I would make too many mistakes.

I applied anyway. I would always regret never taking a shot at editor-in-chief if I didn’t apply.

And now, more than a year later, I’m glad I didn’t listen to the list of things I doubted about myself. I did make mistakes, I did wrestle with my anxiety and I became a better leader and journalist.

This job has not been easy. Every Wednesday, I constantly check my email just in case someone was unhappy with something they saw in the paper that day. I’ve had many dreams about the TD, most of them revolving around turning pages in late.

Despite the many exhausting and stressful days, I have loved this job unlike any other job I’ve ever had (not that I’ve had a lot, but still). The TD office is my favorite spot on campus, and not having it as a refuge next year will be strange for sure. I will also miss working with the staff, who have all been amazing this year. I would not have my sanity intact now if it were not for them.

I think there’s a misconception about having to be a certain kind of person to be a leader, and that’s what was holding me back so much last year when I was trying to decide if I should apply for EIC.

You do not have to be the best student, the best writer or the loudest to be a leader on campus. It’s okay to be nervous or scared, it’s okay to take a moment to breathe. This past year, I worried a lot that I could be doing things differently, or that I wasn’t doing enough. While for some situations it was true, there are also a lot of situations that you just have to do your best and hope everything turns out okay.

If I could pick a quote to embody this year, it would be “Open heart. With backbone.” I’m not sure who wrote this, but if you know, please tell me.

Being a journalism student means you have to be vulnerable. You put your work out there for everyone to see, either in print or online. You will be criticized, which is not always a bad thing. We need criticism to learn and be better writers. You will receive rude comments at some point, but that’s a learning experience, too.

Have an open heart. It’s okay to be vulnerable with your work, with the people you work with. But also remember to have a backbone. Stand up for what you believe in, and don’t let people try to bulldoze over you. Be compassionate but remind people not to stand in your way.

Don’t be discouraged. The best advice I can give to younger students is to keep going and keep writing.

When the TD returns in the fall, we cannot wait to have a dog-to-journalist sit down interview, @DrakeUGriff you in? You’ve got a front page story waiting for you. 🐶 https://t.co/kWbKwQdKq8
View on Twitter