You can be the force to finally change Drake’s culture 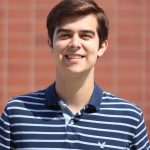 Some days, when I’m waiting on articles or pictures while working on the news section of the TD, I get pretty bored. Instead of straining my eyes and looking at random internet sites or Facebook/Twitter/(insert social media here), I look at the old archives of the TD in the office. This led me to see the oldest iteration of the TD we have in the archive, which is the 1992-93 edition. While looking through these articles and opinions from 25 years ago, I was pretty intrigued at what I found.

No, it wasn’t that there were two editions of the TD per week that surprised me the most (though I would probably die of a heart attack by the end of this year if that were the case today). It also wasn’t reading about the tragic shooting at the Drake Diner that occurred the December of that school year either, as I had heard of that before. No, it was actually how little the culture of the school has changed over the last quarter century.

From what I could glean from the articles, the STEM focus has increased quite a bit (yes, I’m including education as the “E” here), which is definitely a result in the two new buildings on campus that opened this year. There is also more of an interest in women’s sports for the school, particularly women’s basketball, which is a good thing.

However, besides academic focus, more attention on women’s sports and the obvious increase in the use of technology, student life has changed little. Very few students got involved in attending football games, food at Drake was respected little among the student body (I’m not talking about myself, mind you…), people were overly stressed with rigorous schedules, homecoming was given little attention, especially in comparison to Relays, and the Drake Relays was known as a party culture. In fact, there were a few opinions in the ’93 Relays issue that have the exact same joking vein about this week as a few articles you’ll see in this year’s opinions section.

Now, what does this mean? Obviously, old traditions at DU die hard over the years. However, for the students reading this, especially the underclassmen, I want you to read this piece and get an idea about the culture that we are creating over the years. Do you want to continue these specific attributes of the Drake culture over the years, such as the low student attendance at the football games? Or the party culture around Relays? Or stressing yourself out of your mind throughout the semester? It is up to you and the (presumably) larger classes that come after you to continue these specific rituals. Don’t let old fogeys (or graduates, which I will be in a few years) tell you otherwise.

However, I also think that it is important to bring up new traditions, as well. What is something you want to do that carries on for the next 25 years at Drake? It could be something simple, such as working each Earth Day to get a tree planted on campus or even creating something new that changes the whole culture on the Drake campus. We can make the change now, and hopefully in 25 years, the future generations that go to Drake will thank us for the changes we made as undergraduates.

0 0 0
Previous ArticleStudent press is essential for letting students' voices be heard
Next ArticleEvening at the observatory: Is There an Anti-Me?
Latest Posts